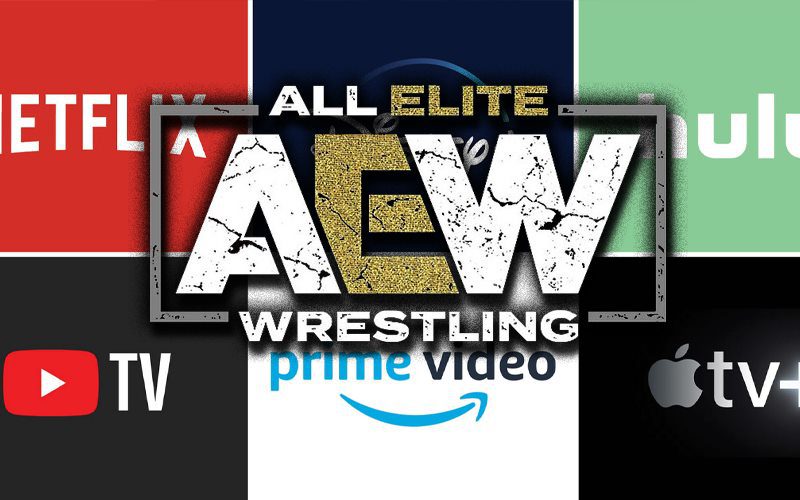 Tony Khan has been a busy man this week. He is also very visible. Amid a public battle with rival WWE, Khan publicly declared “Raw sucked this week.” He also co-hosted a live one-hour International Exclusive Buy-In Show to compete directly on SmackDown this Friday.

While Khan is busy, there is still the business of running AEW. In the interview with Brandon Walker Ann Rosslyn, Discussed potential future streaming deal plans for the All Elite Boss campaign.

“I’m talking to great people about the Warner Media and AEW partnership. I think there are great opportunities. I work for one of the world’s largest media companies and they have a lot of great ideas. Hopefully, we can make a solution for the fans. Trust me, I ask that question every day. We’ve done over 100 Dynamite episodes, paid per view, streaming specials, House Always Wins, pay-per-view level card, something I’ve never seen before.

Khan says he has a good idea about the need to build a library. With more than two years of content in a bag spanning Dynamite, Rampage, Dark, Dark Elevation, and PPV, they’re getting closer than ever. It’s also interesting to mention “House Always Wins”, which has the quality of paying for every look at an AEW event like never before.

While there are currently international streaming options for AEW TV and domestic for PPV, fans have been cheering for the One Stop Shop. AEW may have big money makers on their hands with an independent, on-demand WWE network-style service.

AEW airs on Turner Cable Networks (TNT and soon TBS) in the United States. These networks are under the umbrella of Warner Media, which leaves some good options, such as HBO Max, another Warner property. Tony seems to be working on it, so we have to be patient.

Thank you Fightful.com For reference!

Where do you think AEW is when it comes to finding a streaming home? Let us know in the comments!