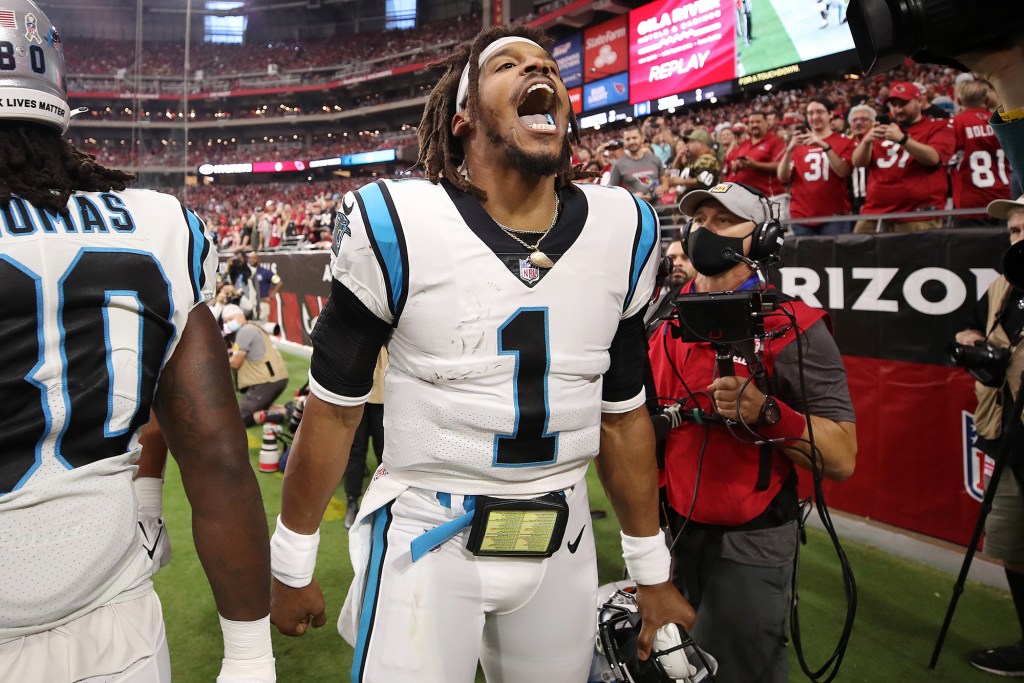 Without starting the Panthers’ contest in Arizona, Newton got on the board in five minutes. Matt Rule deployed him in the goal-line package, and Newton drove it 2 yards out, hard-armed the defender and reached the pylon.

And you believe they celebrated.

After scoring, Newton proceeded to tear off his helmet. “I’m a bayak!” He screamed at the camera.

Minutes later, in another goal-line package, the 32-year-old Newton threw for a touchdown, found Robbie Anderson after the roll-out.

So yeah. It can be pretty fun.

Newton has only been playing in select packages since he joined the team this week, and the playbook has yet to be fully adapted or shaped. But expect him to start for Carolina soon (especially if he’s making an impact on limited snaps this week).

He’s one of the most recognizable faces in franchise history, bringing the Panthers to one of their two Super Bowls and giving them the much-needed spark despite losing their prime.

4-5 remains to be seen if they can do enough to help the Panthers make a playoff push, but it looks like Newton Powder is celebrating a touchdown by wearing blue.