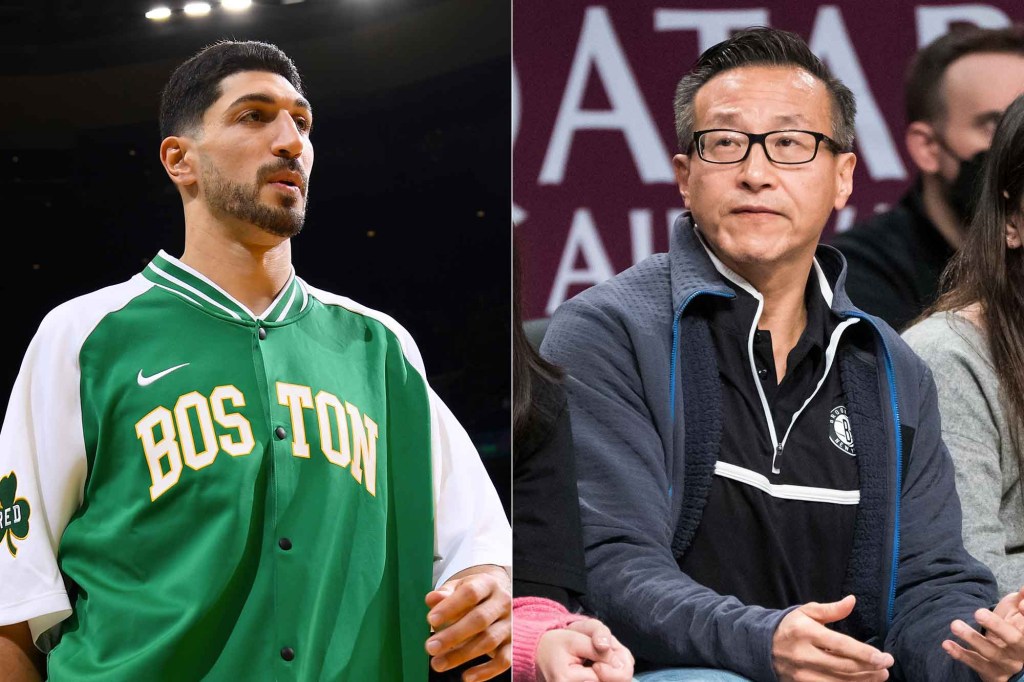 BOSTON – The Nets are fully expected to hear it from TD Garden fans. Little did they know that the worst verbal attacks would come from a Boston player.

“@brooklynNets @ joetsai1999 owner is a cowardice and puppet of the Chinese government,” Cantor tweeted. “Being anti-CCP does not mean being anti-Asian. It is possible to stand up against #StopAsianHate and CCP.

“Human rights are not“ Western ”values, they are universal values!

This is the worst attack the league has ever received from players, and it includes the Clippers’ failure with racist Donald Sterling.

Kanter is clearly saying that Tsai, the co-founder of Chinese e-commerce giant Alibaba, has activated China. Tsai, who lives part-time in Hong Kong, got hot for calling the Hong Kong protesters “separatist” two years ago.

An email seeking comment from the Tsai camp was not immediately returned.

Not only does Nets enjoy Thanksgiving after returning from a road trip, but they can be grateful for some health to boot.

Kevin Durant has played back-to-back games since his shoulder injury and is no worse for wear. And with Bruce Brown missing both games in Cleveland and Boston with a tight left hamstring, it looks like he could return to Saturday’s home clash with the White-hot Suns.

“I’m very confident that he’ll be back,” coach Steve Nash said. “He wants to play. We think it’s best not to risk him for the long term [against the Celtics]. “

The Nets are 11-3 this season when Brown starts, and they have been an impressive 40-11 since last season when they were on the team (21-4 at home).

Kyrie Irving (not with the team), Nick Claxton (non-COVID) and David Duke Jr. (left hip flexor tendinopathy) were all out.

Nets co-owner Clara Wu Tsai had a sit-down interview with the YES network, which will be broadcast in two parts. At Wednesday’s pregame show, they discussed their relationship with the Irving, Joe and Clara Tsai Foundation (including its Social Justice Fund) and the new “You Belong Here / We Belong Here” neon at the Barclays Center.

The second part of the interview will air on Saturday’s game on the pregame show.