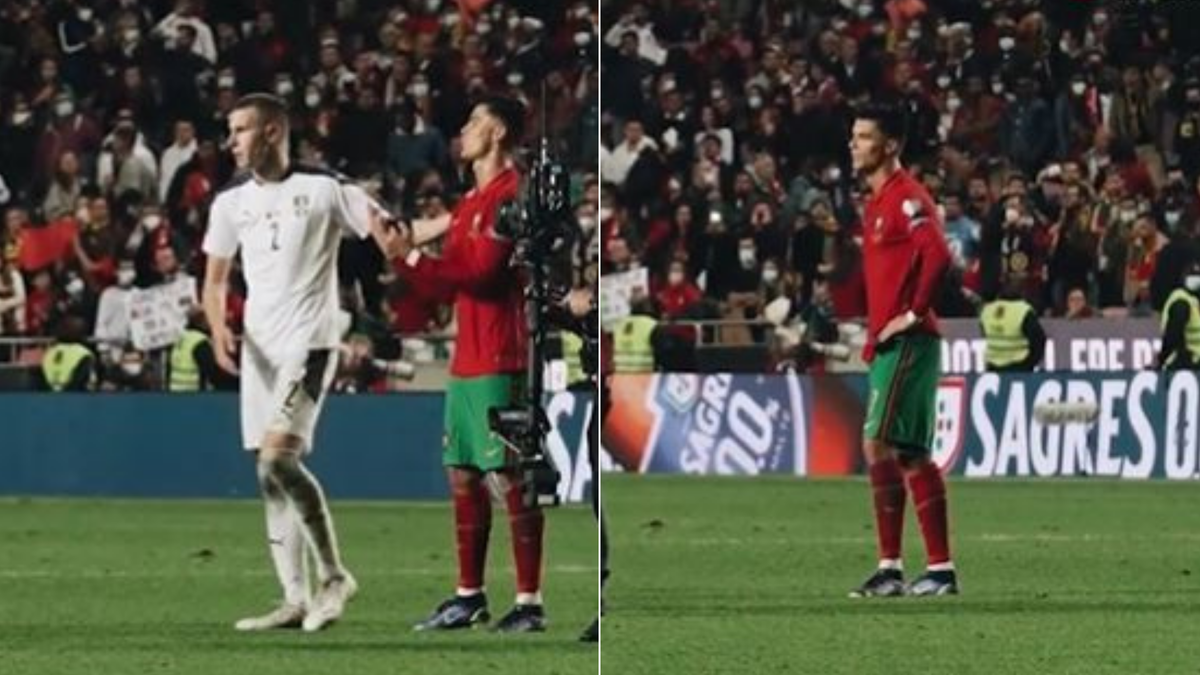 Cristiano Ronaldo could not show how angry he was against Serbia after the World Cup qualifier in Portugal and directed it directly to manager Fernando Santos.

On Sunday night, Portugal were defeated in their final group match, their first loss in 10 matches, and that means they lost the top spot and had to go through the play-offs.

Renato Sanchez gave the hosts an early lead in Lisbon but Dusan Tadic equalized just before half-time and Fulham’s Alexander Mitrovic scored in the 90th minute to send Serbia to their third final.

This means that Ronaldo is barred from participating in the FIFA World Cup and the Manchester United forward is clearly unhappy with his manager at full time.

Santos helped Portugal win Euro 2016 but Ronaldo was praised for his co-management in the final, after the forward players were injured early in the game.

The 67-year-old has seen his team reach the last 16 of the 2018 World Cup and have reached the same level again at the Euros this summer.

While working for his defensive football Euro 2016, he has been criticized for not keeping style with the more aggressive players that have emerged in recent years.

On Sunday, Ronaldo did not record a shot at the target, despite failing to score ‘just’ six times for the first time in the campaign.

With just 90 seconds left in injury time, Portugal made a good offensive move that fell to the former Juventus at the edge of the area.

There were three team-mates in the box, and one to his left, who was perfectly placed for a cross, but the 36-year-old tried a ridiculous volley that had no chance of getting inside.

Joe Judge, Brian Flores and Bill Belichick are the burden