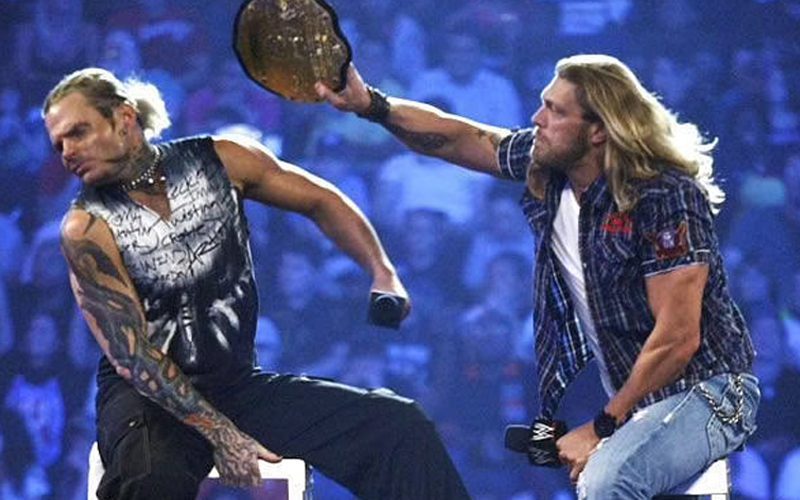 The WWE Hall of Famer Edge is one of the highlights of the company and he has done everything as a pro wrestler. Edge defeated Seth Rollins at WWE SummerSlam in singles match. Looks like Jeff Hardy wants to get back on track with Edge again.

Edge returned to the WWE at the 2020 Royal Rumble, following a career-ending neck injury after a 9-year absence. Fans are simply delighted to see the Rated R Superstar return after nearly a decade.

Edge has been the mainstay of most WWE television ever since. His battles with Roman Reigns, Seth Rollins, and Randy Orton were highly acclaimed.

While speaking Sports Bible, Jeff Hardy revealed that he wants to have another feud with Edge and renew his long-standing rivalry as long as his health allows.

“Actually, I talked to Edge last month and I think he said something like, ‘We need to do it again.’ I told him earlier that it would be cool if Edge had this face for a moment because of our history, and as long as he keeps his health and my health, it’s another great match.

Edge has not been seen since the Hell in a Cell match against Seth Rollins at WWE Crown Jewel last month. We’ll have to wait and see if he returns to WWE Television and whether or not he’ll have a last feud with Jeff Hardy.