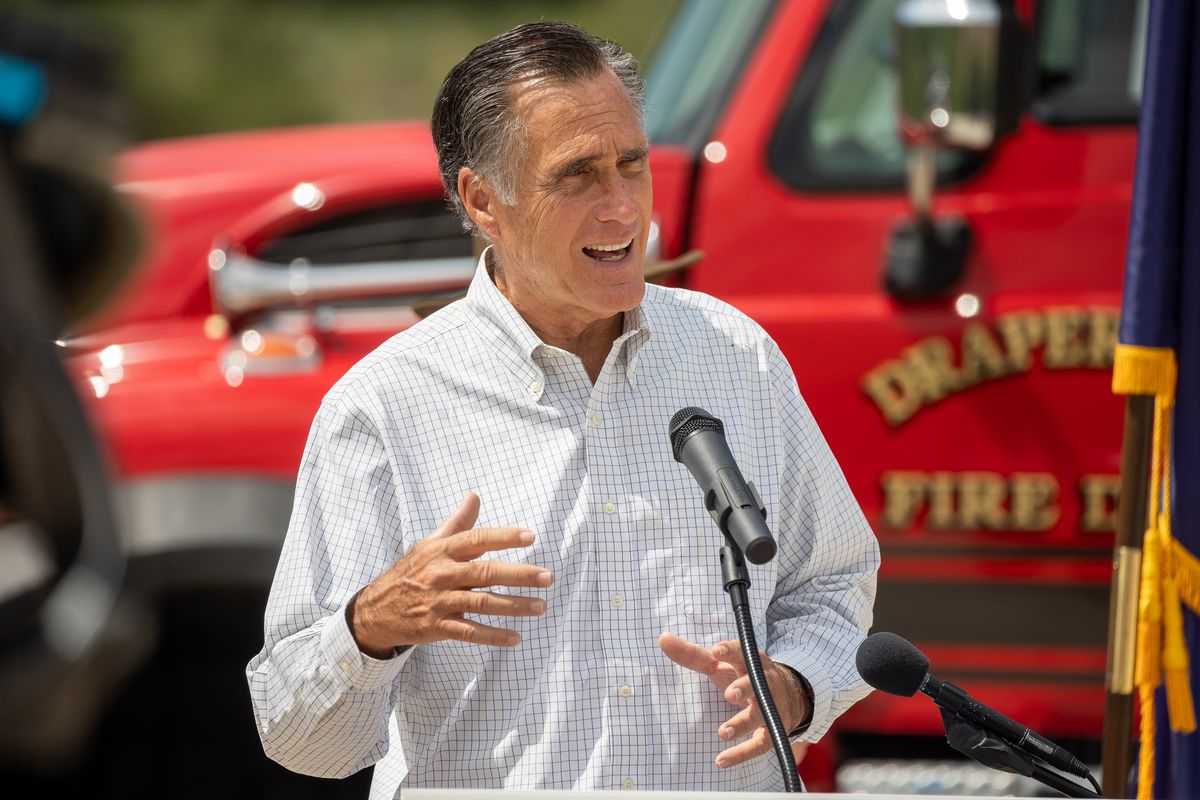 It is almost as if they are trying to confuse us. Well, almost not – they are.

There are two bills in Washington, and Democrats desperately want people to feel the same thing. Not theirs. One is about updating our nation’s physical infrastructure and the other is about new and expanded social programs.

I like the first one and I don’t like the other one. Nineteen Republican senators have voted for whom I like; One Republican does not vote for another.

The Infrastructure Investment and Employment Act is really bipartisan; It was signed into law last week. This adds $ 550 billion to the existing $ 650 billion baseline of existing 10-year infrastructure costs. It is for roads, bridges, transport, rail, airports, water and power projects, forest fire mitigation and broadband expansion. All real physical infrastructure.

The social bill is euphemistically called “Build Back Better”. In my opinion, this is anything but.

The bill is not yet fully cooked; It will continue to ping pong among Democrats in the House and Senate. The House version, approved last week, calls for $ 1.7 trillion in new spending. It also increases taxes, national debt and audits from the IRS. It extends Medicare, covering parts Green New Deal And provided by the federal government The universal pre-k.

Unsurprisingly, it increases benefits for illegal immigrants and provides huge tax breaks for millionaires, especially in states like New York and California. Senate Democrats will surely create a version of their own. I would love it more if they shut it down.

On the contrary, the infrastructure law that I helped negotiate has had many wins for the state of the beehive.

As the fastest growing state in the nation, we need new highways and new transportation. There is money to repair our roads, overpasses and bridges. Population growth, as well as our recent drought, requires new water projects. Our warm climate and dry forests require new strategies and investments to reduce wildfire. Utahs living in rural and underdeveloped areas gain access to high-speed Internet. Navajo in southern Utah – without the current flowing water – will eventually get what most of us consider necessary.

Why didn’t every Republican vote for the infrastructure bill? Some thought it would be easier for Democrats to pass their “Build Back Better” bill. I think just the opposite: it has Delayed and complex That bill.

Some note that the traditional scoring bipartisan infrastructure bill from the Congressional Budget Office says Adds to the debt. I believe that the accounting of all sources of money shows that it does not.

Some people don’t want to give President Joe Biden a “win,” especially when President Donald Trump can’t get his own infrastructure bill to the finish line. I believe victory is more important to Utah and the country than who gets the credit.

All these considerations are subject to judgment, of course; I respect my Republican colleagues who reached a different conclusion than me. But I am committed to my decision: this infrastructure law is very good for Utah and the rest of the country.

Making our highways, rail, air and transport systems more efficient means that products can reach customers faster and with less delays, increase the supply of goods and services, and thus reduce inflationary pressure in the long run. This will improve the competitiveness of our productivity; Our infrastructure has been depressed worse than countries like South Korea and China.

The Bipartisan Infrastructure Investment and Employment Act now shows the American people that it is possible to break the logjam and make responsible investments without raising taxes or national debt. Utah is experiencing tremendous growth and with additional funding provided by the bipartisan infrastructure bill, our state is better equipped to plan for our future needs.

Mitt Romney is a Republican senator from Utah.