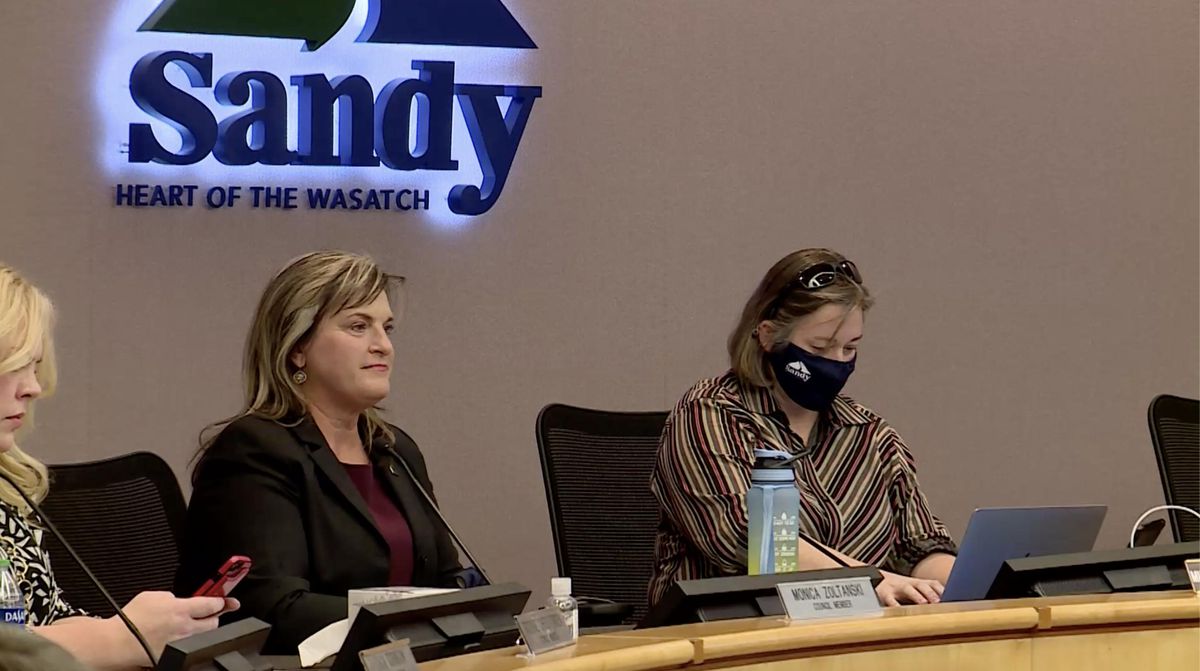 Current council member Monica Zoltansky has been confirmed as the winner of Monday’s election and has become mayor-elect. Sandy City Recorder Wendy Downs presented the results of two ballet retubulations, one November. On the 16th and one November. On the 17th, both of them defeated Zoltansky challenger Jim Bennett by just 21 votes to 8,520 to 8,599.

Council members, including Zoltansky, voted 7-0 to certify Monday’s results. Less than 10 minutes after the meeting, cheers erupted in the council hall.

She will be the city’s first female mayor. Bennett gave up on Zoltansky on Nov. 4, and the results remain very close.

Sandy decided to abandon the primary election and it was November of this year. Pilot voted a ranking choice for the 2 municipal elections, resulting in a crowded field of eight candidates, including four sitting council members, replacing outgoing mayor Kurt Bradburn.

When the razor-thin margin emerged after a canvas between Zoltansky and Bennett, council members refused to certify the results of their own election at last week’s meeting. Zoltansky stayed away from voting at that meeting, saying he did not want to cast a decisive vote on whether or not to certify his own victory.

The board’s refusal to certify the results caused a legal disagreement, with Salt Lake County Clerk Sherry Swenson questioning whether the city was entitled to another reelection.

On Monday, council members confirmed that Utah Lt. Gov. Deidre Henderson’s office confirmed the city’s results were not eligible for further reelection. According to Zoltansky, the recount limit is 19 votes and less.

Zoltansky did not support the city’s move to vote for ranked choice.

“It’s unfair to me, not Mr. Bennett, but to create a cloud over the results that we have here tonight for voters in this election,” he said at last week’s meeting. “There is no one who wants more finality than me. But I do not want to begin my new term with the question of the legitimacy of this election.”

But on Monday, Zoltansky expressed his gratitude to Henderson for stepping up over the weekend and providing more clarity on the recall process. That’s what the council needs to hear, Zoltansky said.

“There’s no doubt,” she said. “Sandy’s people should know with confidence that every vote counts. Every vote is counted as fair.”

Zoltansky said that although the race was decided by a margin of just two votes above the state’s referendum threshold, because the election was so competitive and the city’s voting process was new, those 21 votes weighed heavily.

“People can say it’s close, and I guess you compare it to all the polls over time. Yeah, it’s a squeak,” Zoltansky said. “However, I was voting for Sandy for the first time in the ranking election, with eight candidates in the field – so if you ask me, it could be a landslide.”

Zoltansky added that he hopes to see more voter turnout in future Sandy municipal elections. He said those races are important because local governments are closer to the people.

“Every vote is important, and I’m proof of that,” Zoltansky said. “There were a lot of great candidates in the field, a lot of ideas, a new process, so it’s important that everyone who voted gets their vote. … Every election is important.”