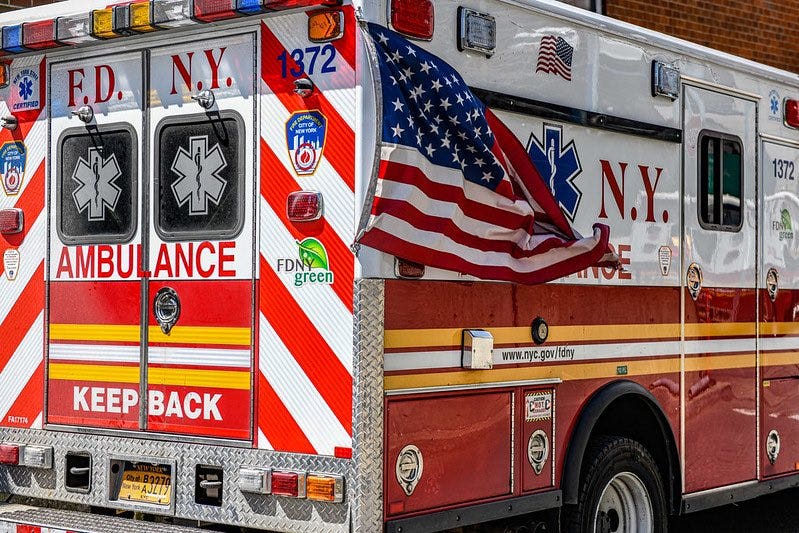 Police said two juvenile suspects were arrested Tuesday for their alleged role in the brutal beating of a 44-year-old off-duty FDNY firefighter in Queens Park.

Police said the boys, aged 14 and 15, were handed over to police by their parents and later charged with mass assault in a video attack last Friday night at Juniper Valley Park.

The third suspect is still open.

According to the NYPD, the unidentified teen is accused of gang-raping the victim, who was walking his dog, when he encountered a large unruly crowd of teenagers setting off fireworks and creating a ruckus in the park.

The man was eventually able to survive the devastation and received some cuts and bruises, but refused medical attention.

His dog, who was caught by a good Samaritan, was not injured.

In the video footage, the crowd can be seen closing in on its prey, which holds its hand over the barking of its Labradoodle in protest.

“Yo, what the f—k!” A stunned bystander screams as the unidentified victim is struck on the sidewalk.