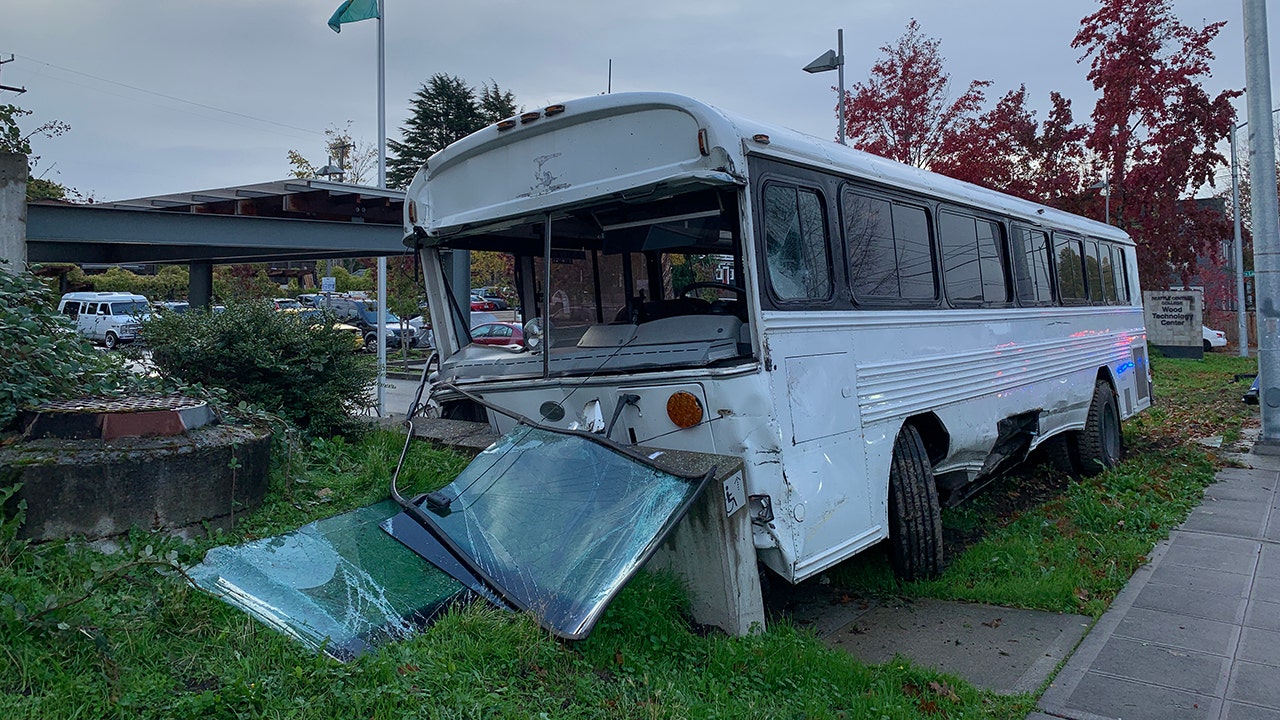 According to the Seattle Police Department, a Seattle man stole a 33,000-pound empty school bus Tuesday morning and fled the officers as they were running red lights and “seemed to be deliberately driving other vehicles.”

The suspect, who has not been identified by police, stole a bus in South Seattle before 8am before driving through a SODO and Central District neighborhood.

A Seattle man stole this 33,000-pound empty school bus in a police chase Tuesday morning and collided with other vehicles.
(Seattle Police Department)

Officers chased the man as he drove at speeds of up to 50 mph, turning in and out of traffic and intercepting multiple vehicles.

The suspect eventually struck the King County Metro bus and vandalized the construction site of a light railway station near Judkins Park. He was arrested a short time later while running away from the accident.

Authorities believe he was an employee of the bus service but was not authorized to drive the buses, according to the Seattle Police Department.

The suspect, who is believed to be an employee of the bus service, was arrested shortly after the demolition of a light railway station.
(Seattle Police Department)

Several minor injuries have been reported as police work to protect the scene and interview witnesses.

“We are trying to get this person on a charge of vehicular manslaughter intentionally causing accidents,” Seattle Police Department Detective Patrick Michaud Told KIRO.

Police responded to a third shooting incident Tuesday evening in the 200 block of Yessler Way in the Pioneer Square neighborhood.
(Seattle Police Department)

Indianapolis police suspect of stabbing is out on bond, police release photos of knives used