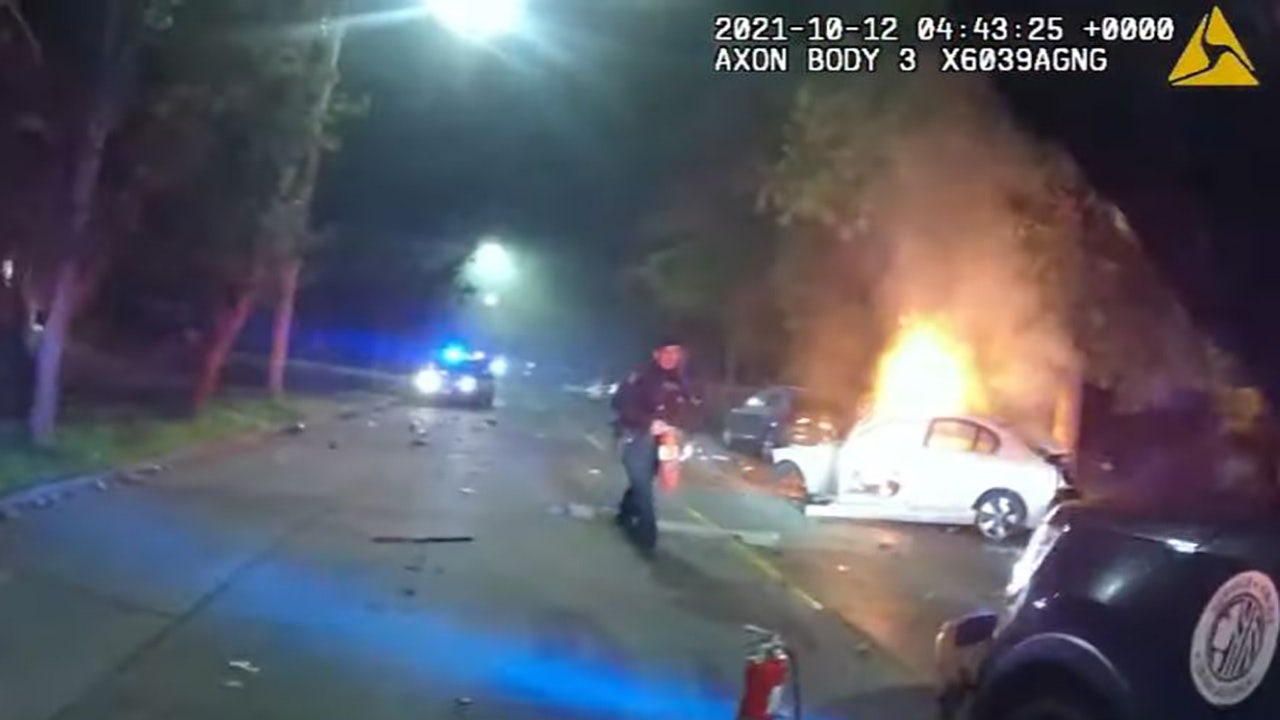 Seattle police released a bodycam video of a man pulling a driver – a criminal – into the remains of a burning car after officers say he was hit by a tree while trying to escape police Monday night.

The car was then in the area after it collided with a tree on a residential street. The drivers, whose name was not immediately released, were inside the wrecked sedan when officers arrived.

The driver, the sole occupant of the vehicle, escaped police Monday night after crashing into a tree in the 1800 block of Martin Luther King Jr.
(Seattle Police Department)

The impact of the collision caused car parts, including tires, to jump across the street and into nearby fences. The debris damaged an empty vehicle and at least two homes, police said.

Bodycam video shows An officer rushed to the driver and pulled out a knife to cut off the person’s seat belt as the car ignited. Officers and nearby men were seen pulling the man to safety before the vehicles caught fire.

Martin Luther King Jr. of Seattle on Monday night. Car tows on the Way have damaged nearby houses and an unmanned vehicle by jumping on a tree.
(Seattle Police Department)

The ammunition in the vehicle began to explode with fire, police said. No one was injured by the explosive rounds and the police then seized a rifle and magazine from the spot.

Seattle firefighters extinguished the fire and then pulled the man to safety.
(Seattle Police Department)

The man will be arrested when he is released from the hospital, police said.

The driver had warrants for his arrest at the time of the accident, a second-degree felony warrant for assault, harassment, property damage, and contactless violation.