The Korean survival drama, “The Hunger Games” and the Japanese novel and movie “Battle Royale,” is the most popular show on Netflix with 111 million views in its first 28 days, according to the streaming service.

The country fried parody song, Bronchez and Big Wet’s “Turn Up on the Weekend” was a huge hit on “SNL”. Rami Malek (“No Time to Tie”) joined Young Thug, Pete Davidson as debt-ridden cruisers, who quickly signed up for Squid Game to make money.

“Yeah, I’m broke and it’s a disgrace,” Davidson sings. “Guess I should play the squid game.”

The actors wore green tracksuits, similar to those worn on the show, as they participated in the life-death versions of children’s games such as “Red Light, Green Light” and “Glass Stepping Stones”.

Davidson sings at one point, “There’s a robot girl I’m running, a good duck behind a nearby guy.” Then, one of them kills the other and is rewarded. (“Forty-five billion won / that’s a whole lotta money / at least I think / I’m confused by the currency.”)

Malek befriended Davidson once again on the “SNL” sketch, “Celeb School Game Show,” where the two played high-profile versions of each other. 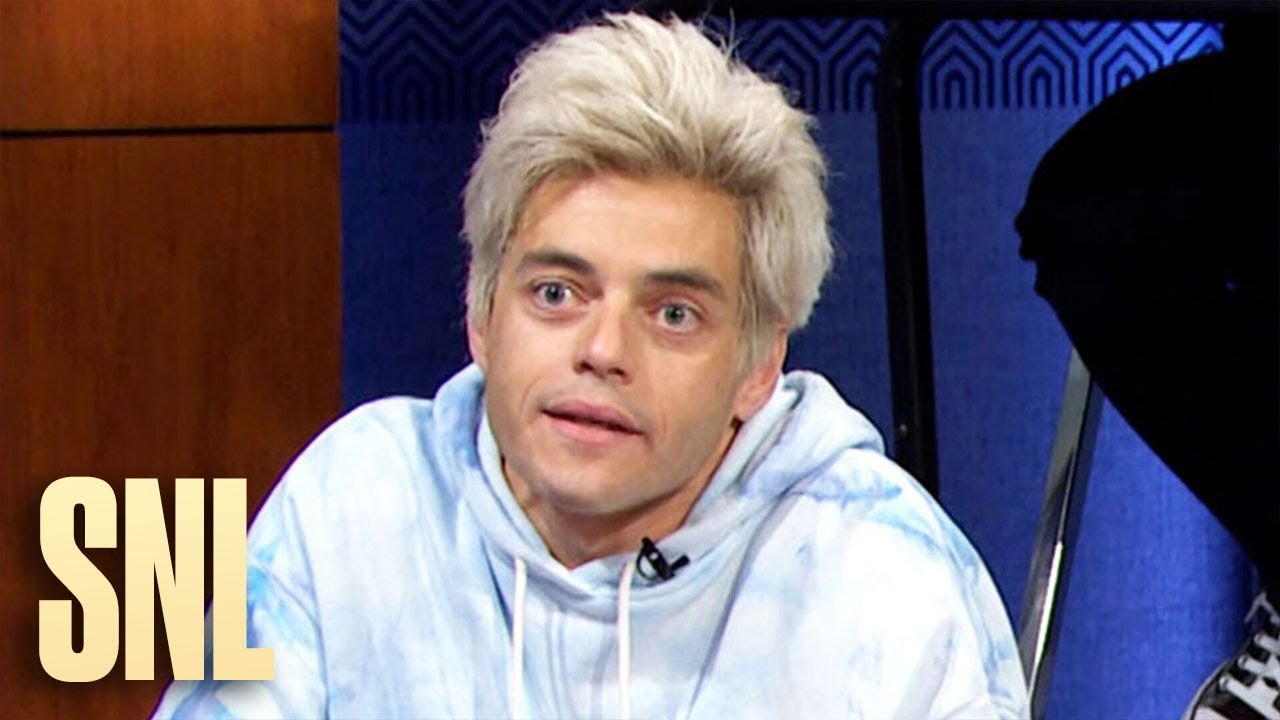 “He’s got the spirit of a Victorian child trapped in his eyes,” Malek joked about Davidson. The Oscar winner wore blue tie-dye hoodies and blonde hair and spoke of Davidson’s upbringing in Staten Island, New York.

Malek’s Davidson protests at a quiz event when asked to answer his hometown. “How do I know that? … All our classes are to prepare us as firefighters or racist policemen,” he said.