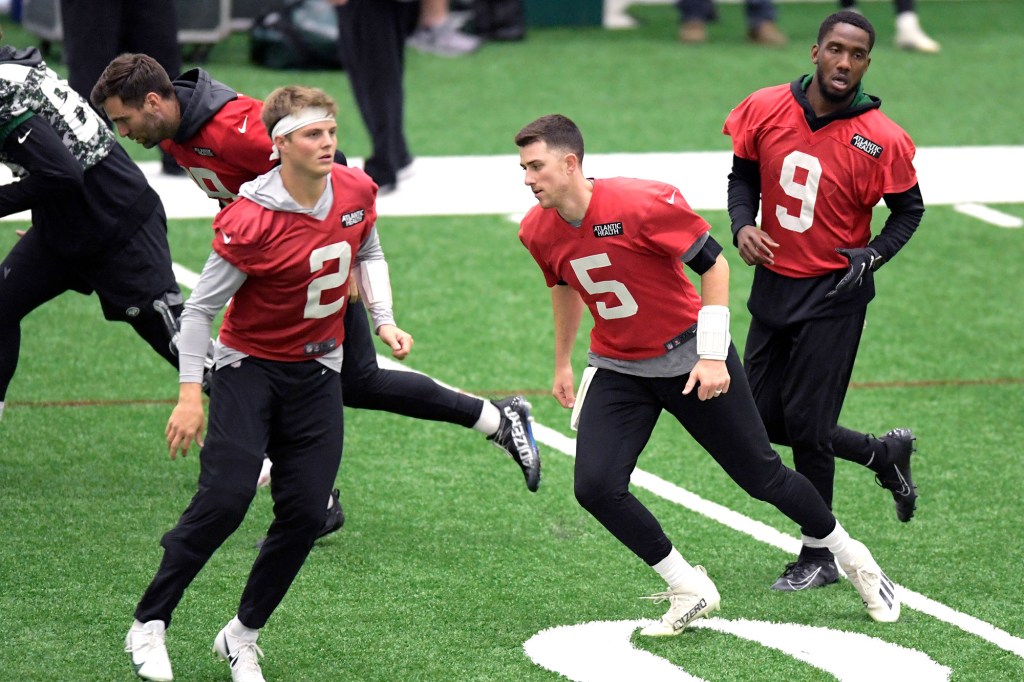 Jets coach Robert Saleh wasn’t ready to name the starting quarterback for Sunday’s game against the Dolphins when he spoke to the media on Monday, but he voted for Mike White.

White threw four interceptions in a 45-17 loss to the Bills on Sunday and saw his star fall after a magical ride in the last two weeks. Even after the lackluster performance, Saleh said he still trusts White and questioned those who were ready to write White after a bad game.

“I still have a lot of confidence in Mike,” Saleh said. “Again, this market is appealing to me in the sense that he was anointed the next day after a game and now everybody wants to throw him. He deserves better. Is he playing his best? No. Is he capable of playing well? They’ve made a lot of people look bad, and they’re very good.

White started the last three games for the Jets on Oct. 24 to replace Zach Wilson, who sprained the PCL in his right knee against the Patriots. Wilson returned to practice last week, but the Jets said he was not ready to play yet and was inactive for Sunday’s defeat.

Saleh refused to say whether Wilson was ready for the Dolphins on Sunday.

“I’m going to get better by the end [Monday] And as we work Wednesdays to see where they are mentally and physically, ”Saleh said. “I still haven’t had a chance to get through the injury renewal. A complete injury update for Zach. I have a good idea if Wednesday comes.

Saleh was asked if Wilson, if he was 100 percent healthy, would automatically get a start over White, who threw for 405 yards in his first start against the Bengals on October 31.

“That’s a fair question, but I can assure you that I’m digesting so much stuff this morning. I haven’t gotten to the quarterback part of it yet,” Saleh said. “So, I have a good idea on Wednesdays.”