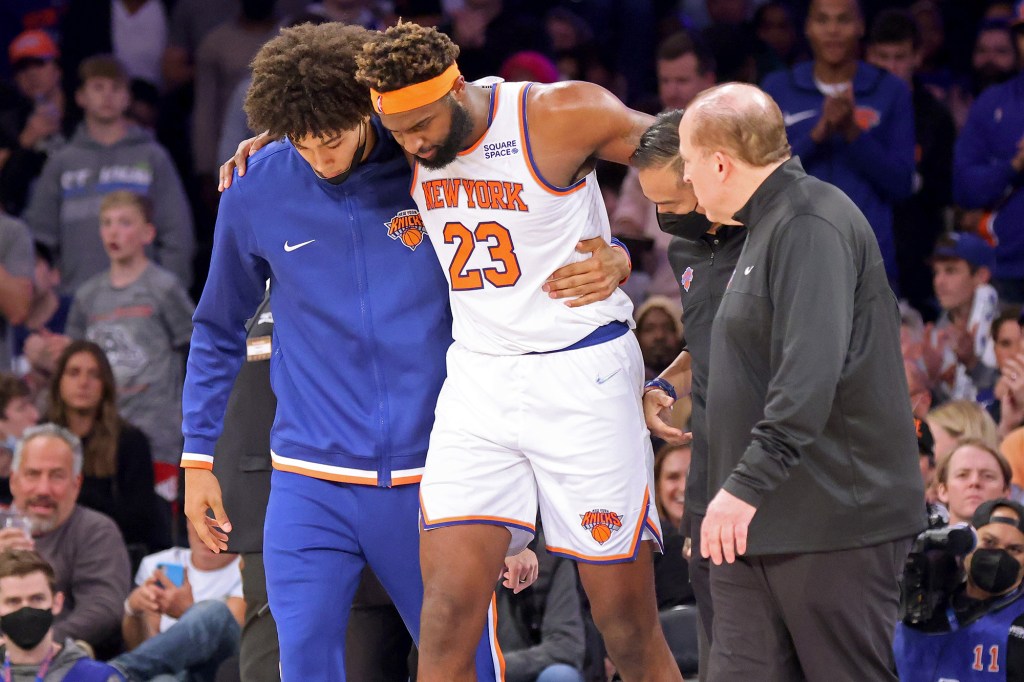 The Knicks had a horror scene Sunday night: Michelle Robinson descended on the court in pain.

Even worse: after breaking the fifth metatarsal, he appeared to be holding the same right foot he had surgery last March.

The Knicks dropped their first game of the season, avoiding the worst on Robinson, who eventually “twisted” his right foot and lost only two plus minutes in the 110-104 loss to the Magic at Garden.

“It was shocking. It happened so fast. And then my right foot, I was trying to come back from it,” Robinson said after the match. “So when that happened, I was like, ‘Oh Snap.’ I had no idea what I was doing. I’m just trying to get back. ”

The injury occurred when Robinson went into defensive rebounding in the third quarter and caught up with Jalen Suggs. He stayed on the court because he favored coaches and coach Tom Thibodeau, and then he walked out on either side of him.

Robinson briefly went to the bench before returning to the locker room, but he quickly backed away as the Knicks let out a sigh of relief.

“I just amended it a little bit,” Robinson said. “It wasn’t to the level where I really wanted to go [the locker room] Because I feel like nothing big has happened to me.

Last March, the fourth-year center dropped awkwardly after breaking his right leg and jumping to defend the pass, which came just two months after his arm was broken.

But Robinson escaped with a major injury on Sunday and returned in 10 minutes, 10 points, 10 rebounds, three blocks and two steals. He fouled out of the game with 23.1 seconds left.

Robinson’s most offensive production came during the Knicks’ 15-0 run in the second quarter, in which he threw three dunks.

After only playing the preseason finale because of a rehabilitation on the right foot that was surgically corrected, Robinson said his conditioning was getting better with every game.

“The first game, I gasped,” he said. “The second I had a little bit more energy. The third made me feel better. So I’m catching up quickly. I have to move on.”