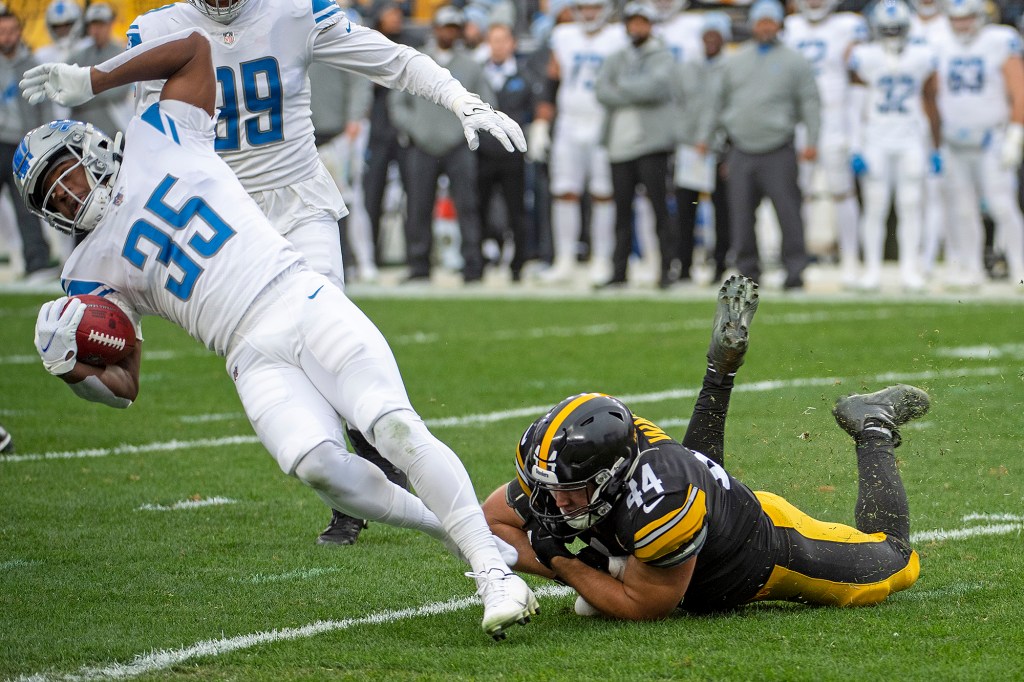 PITTSBURGH – Starr quarterback Ben Roethlisberger, who entered Saturday’s COVID-19 protocol on Saturday night, led the Steelers to a 16-16 tie with the Detroit Lions on Sunday, causing much laughter in the nearly four-hour marathon. Highlights.

Mason Rudolph completed 30 of 30 passes for 242 yards with a touchdown and interception, but struggled with consistency while starting the spot. Najee Harris ran for 105 yards and was sometimes seen as Pittsburgh’s only legitimate offensive weapon as the Steelers (5-3-1) stopped their four-game winning streak on a dank fog at Rain Heinz Field.

D’Andre Swift ran for a career-high 130 yards for the Lions (0-8-1), who relied heavily on the run to avoid a ninth straight loss, with quarterback Jared Goff completely ineffective.

Goff connected for 25 of 14 passes for just 114 yards as the NFL saw its first tie on September 27, 2020, after Cincinnati and Philadelphia played a 70-minute draw.

Both teams took chances in the extra period.

Rudolph Deonte hit Johnson for a 39-yard gain on the sideline, but Johnson fell while fighting for extra yards. Detroit’s Amani Oruvarie fell on the Lions 45.

Detroit, assisted greatly by a pair of defensive penalties, took the spot for a 48-yard field goal attempt. But Ryan Santoso, who was filling in for the injured Austin Seibert, saw his kick blowing in the open end of the stadium.

The Steelers had one last chance as time passed. But Tight end Pat Freermuth stumbled near the Detroit sideline with 9 seconds left. As the clock mercilessly hit all the zeros, the Lions’ lateral series in the final play ended in the distance from the end zone.

Pittsburgh successfully avoided adding anyone to the COVID-19 list for nine weeks, the only team in the league to make that claim. Saturday night’s fateful run ended when the Roethlisberger protocol went off, giving Rudolph an unexpected start – and perhaps a preview of what to expect down the road with the Roethlisberger’s condition beyond the start of January.

Rudolph, who signed the following season, took Pittsburgh down the field for a touchdown on its opening drive and finished it off with a 9-yard lob for James Washington.

The good vibes ended there. By the end of the first quarter, Rudolph threw the pick and by the end of the opening half the Lions had won a 10-10 tie behind the game, which had destroyed Pittsburgh’s injury-defensive front.