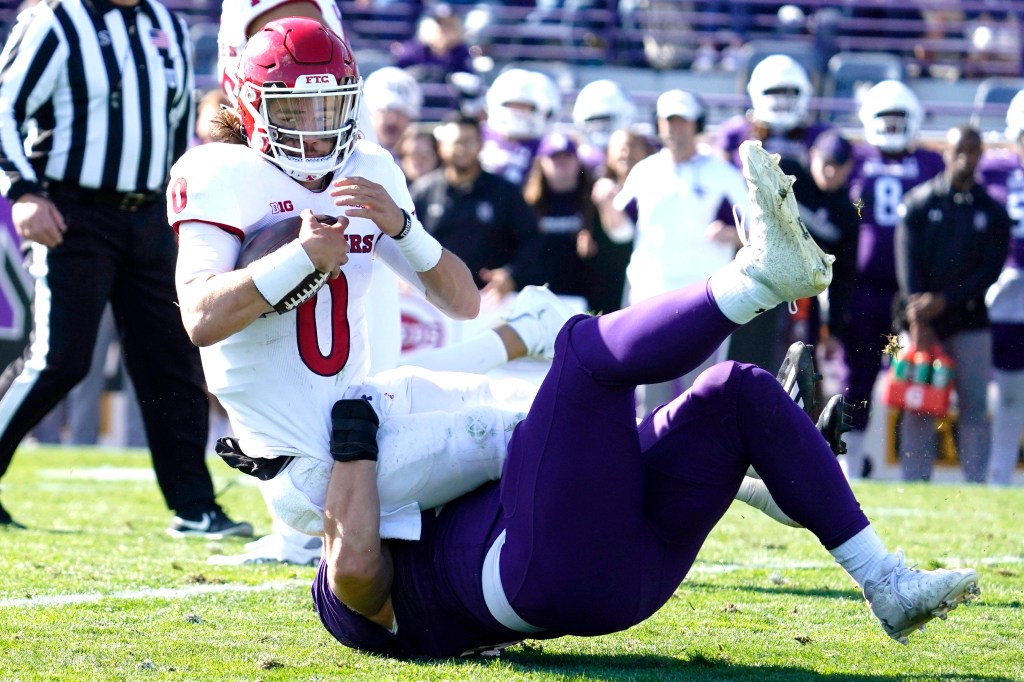 Northwestern was seen as a favorable matchup for the Scarlet Knights (3-4, 0-4 Big Ten), who are currently playing three consecutive games against top-10 opponents. , Rutgers could not muster enough offense to avoid starting a conference game with four straight losses.

Although quarterback Noah Vedral scored all four of his passes on Rutgers’ only scoring drive, he combined for an inconsistent day overall, going 18 of 30 for 152 yards.

“It’s very disappointing,” said Rutgers coach Greg Schiano. “We must definitely determine where we are and why we are here and see what we can do to fix it. Some of it is staff, some is implementation. We are trying to find the answer.”

Hilinsky, who made his third start after transferring from South Carolina, opened the scoring for the Wildcats (3-3, 1-2 Big Ten) by completing a 98-yard drive in the first quarter, striking out Malik Washington for 64 yards on a touchdown pass. Finishing – as long as the Hilinski Wildcat – helped his team to a first-team first conference victory.

“I think it’s a great thing that we can continue to have fun,” Hilinski said. “This is a game we played when we were 5. I personally play best when I’m happy and recognize that this is a game we have been playing throughout our lives.

Washington plowed through his downfield defender in his touchdown grab and finished with 84 receiving yards on five catches. Fellow Stephon Robinson Jr. had 115 yards, taking the pressure off a wildfire attack that was struggling to go all day. Usually the key to Northwestern’s offensive line, the ground game combined for just 135 yards on 48 attempts.

“I’m really proud of the team,” Northwestern coach Pat Fitzgerald said. “The way they bounced back this game and the last couple of weeks. I thought they put a ton of work in to get better. We were able to get our preparation into the game.

The Scarlet Knights had a chance to tighten the game in the third period, as Valentino Ambrosio missed a 33-yard field goal after the penalty delayed the team’s effort to get to fourth.