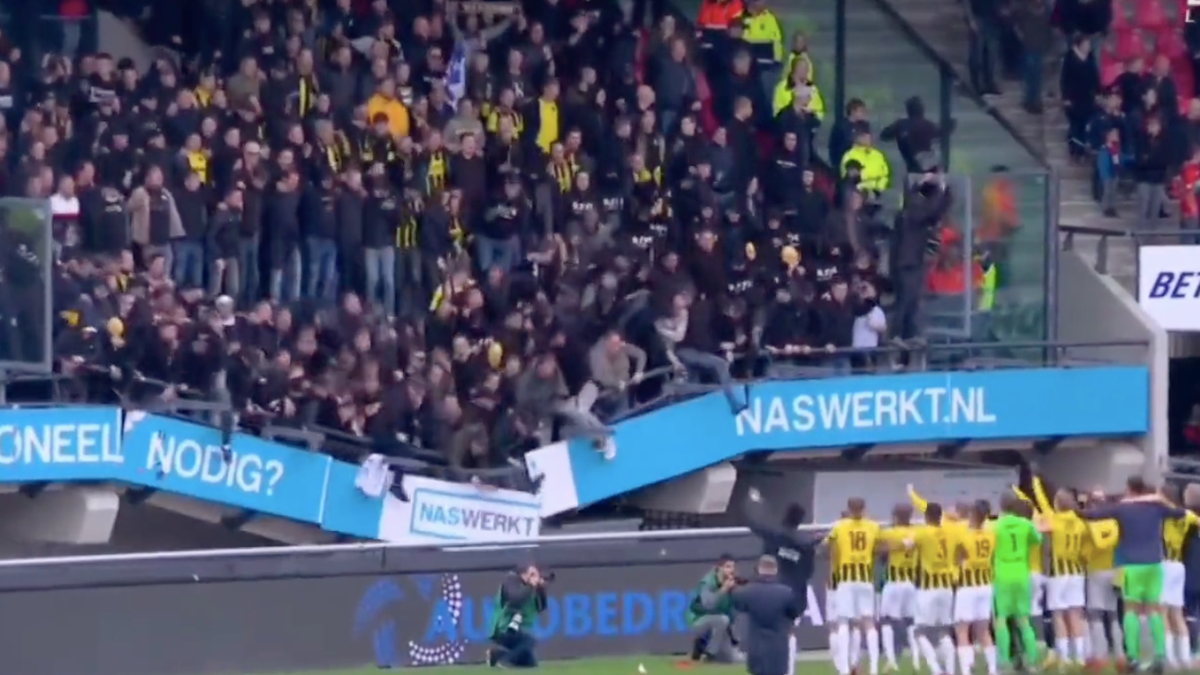 There were horrifying scenes when the stand holding Vitesse fans in Eredivisie fell this afternoon.

The Arnhem outfit beat the NEC 1-0, with Nikolai Baden Frederickson scoring the only goal of the game in the first half.

After the game, the Vitesse players went out to celebrate the victory with supporters traveling in Stadion Gulfport.

But as they all bounced up and down in unison, the stand suddenly gave way to a complete horror moment.

Many fans were down in the front, the players seemed concerned.

Still, the supporters continued their post-match rituals and did not let the buckling scenes of the stand ruin it.

One of the most terrifying things for fans in the stadium. After the match, the Wheatsey players were celebrating with their fans. pic.twitter.com/8FpKBI6i1f

Fortunately, no one was injured but the mayor of the Nizamagen, Hubert Brules, has demanded an investigation.

“I am very shocked by what happened,” said the Brules de Telegraph.

Fortunately, as far as is known, no one was hurt. I want to investigate what happened here as soon as possible.

Vitesse climbed to sixth place with a low margin and now looks to the Europa Conference League game against the Spurs on Thursday.

One win and one loss from their two matches so far in Group G.