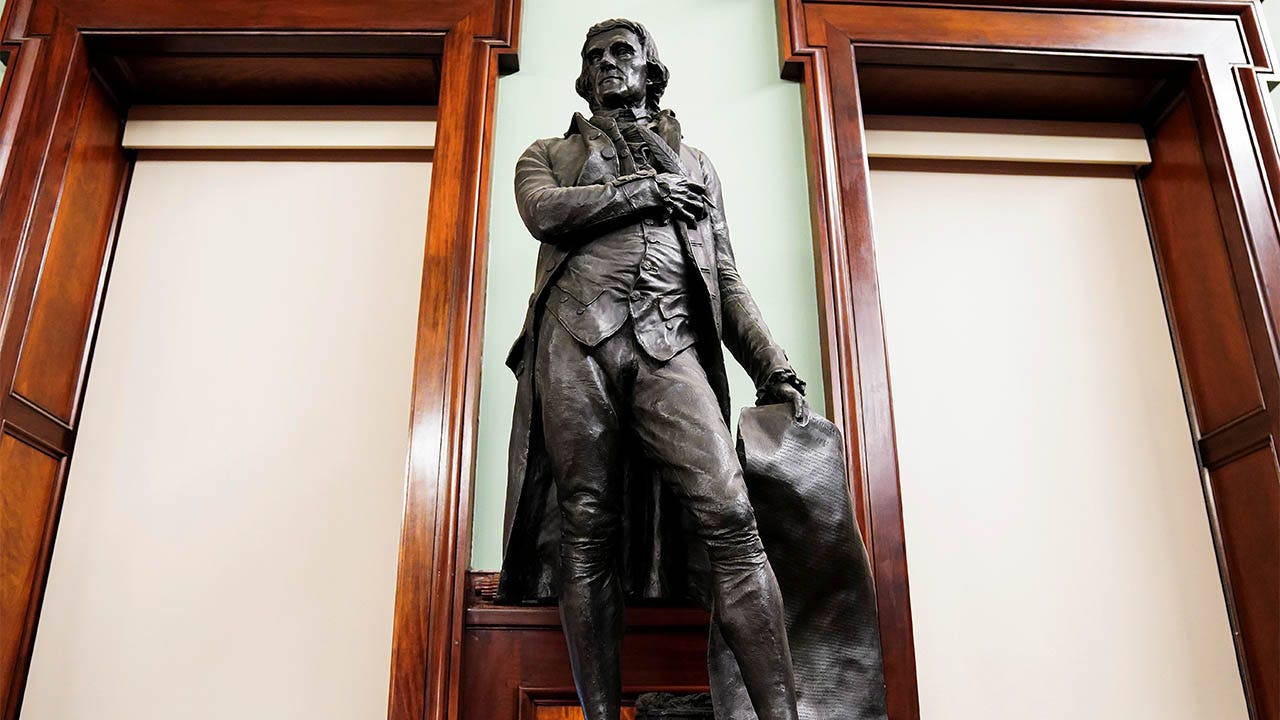 The statue of Thomas Jefferson, who has lived in New York City Hall since 1833, was removed by the city’s Public Design Commission on Monday by a unanimous vote on the founder’s slave-owning past. Author Douglas Murray criticized the decision “Fox & Friends“Wednesday and warned the left’s mission of” rewriting the American story. “

Douglas Murray: The whole tone, the whole American story is being remade under our feet. He’s about to be defensive about Thomas Jefferson instead of Jefferson, rightly, one of the greatest guys in American history, one of the greatest guys in world history. Instead, we have to do it, you know, they made their own slaves, which means it’s not – and before you know it, Jefferson’s main story has been changed. And papers such as the New York Times, which is famous for its 1619 project, want to do that, he said. He said he wants to remake the American story. He wants to rewrite the American story. Doing the same. And that’s a game that Americans should be aware of. You know, last year at Mount Rushmore, a LOVEBYLIFE reporter, who aired live, said that the president would start his Independence Day speech in front of two slave owners on stolen land. They think America is a stolen land. They think that every person who founded this country is rotten. If you believe that you have a completely different view of America than most American people. Because most American people don’t want to feel bad about this country. Most American people want to think well of this country because they need to think well of it. They should think well of the Founding Fathers. They should think well of the Constitution. This is not some detail in history. It is a great fortune that no people have had to have this kind of founding fathers. People should be proud of this, and you should look at Thomas Jefferson as a shame, as he pulls up and pulls the back door. It’s a shame and I hope we never see it again.

Watch the full interview below: