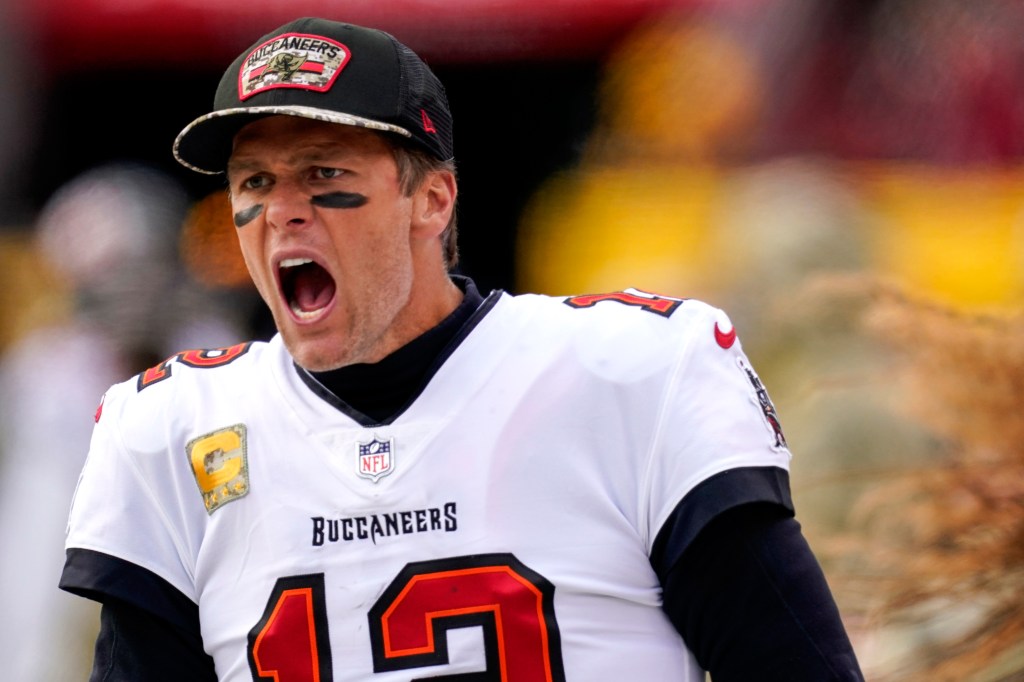 Tom Brady didn’t say much at his postgame press conference on Sunday – 82 words in three questions and 58 seconds to be exact.

After Brady lost to the Tampa Bay Buccaneers 29-19 in Washington, he walked behind the stage and told reporters, “Who wants to start? Do it quickly. ” Brady then posed three questions – not executing splash plays, starting trouble after a week and throwing two interceptions – before leaving the stage less than a minute later.

When Brady walks out, the voice in the background He asked, “That’s all?”

He finished 23-34 against Washington for 220 yards with two touchdowns, but threw several first-quarter interceptions for the first time since 2012 – and this was his second and third first-quarter interceptions after signing with the Buccaneers, According to NFL research. His first interception came on the nine-minute mark that passed the pass from wide receiver Jaylon Darden’s hand. The second came six minutes after Brady toppled Mike Evans near midfield

“We started with the ball, they came up with it,” Brady said of what he saw in those interceptions.

Washington failed to close the game after taking a 10-point lead at halftime, but quarterback Taylor Heinecke led the final drive on 19 plays, rushed for 80 yards and scored 10:26 from the clock – extending his lead to 10 and giving Brody 29 seconds to work. Washington faced fourth down the 1-yard line, but head coach Ron Rivera decided to go for a touchdown rather than kick a field goal, and Antonio Gibson ran it to make it a two-possession deficit. The Buccaneers.

Tampa Bay plays host to the Giants during next week’s “Monday Night Football” game before traveling to Indianapolis and facing the Colts on Sunday. The Buccaneers still lead the NFC South by one game over the Saints.